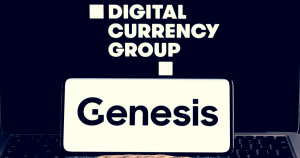 Continue discussions with creditors
Genesis Global Capital, a crypto asset (virtual currency) lending company that went bankrupt last week, explained its efforts and future plans at the bankruptcy court in the Southern District of New York on the 23rd.
Relation : Virtual currency lending company Genesis filed for bankruptcy, creditors such as Gemini and Van Eck
As an initiative so far, he claims that he has held discussions with various creditors on a 24-hour basis. Genesis said it plans to proceed with the sale of the business in order to sell assets and raise funds first.
According to foreign media, a lawyer for Genesis told the judge that talks with creditors are expected to reach an agreement by the end of this week. And he said he intends to proceed with bankruptcy proceedings as soon as possible.
Genesis will continue to discuss the proposed plan with its creditors. He said that he would make changes to the plan if an agreement was reached. And if it seems that it will take time to reach an agreement with the creditors, he will request the appointment of an arbitrator.
The bankruptcy of the company was announced by parent company Genesis Global Holdco on the 19th of last week. In the org chart, the parent company of both companies is the digital currency conglomerate company Digital Currency Group (DCG).
Relation : DCG, a major virtual currency with liquidity problems, explains points about the impact on the market
bankruptcy history
Genesis has released downloadable materials for its explanation in court. Among them, the four events that led to the bankruptcy filing were listed below.

Relation : Severe shock in the virtual currency market, summary of Alameda shock and FTX turmoil
Genesis describes these four events as “cryptocurrency winter”. FTX collapsed in a situation where the market had not recovered from the Terra turmoil and the 3AC liquidation, and investor confidence was greatly lost.
Relation : Terra USD (UST) dipeg turmoil Summary of response from Terraform Labs and exchanges

What is Bankrun
It refers to a situation in which customer assets are being withdrawn one after another due to concerns about the collapse of financial institutions. It is likely to occur when credit uncertainty or default risk increases.
Cryptocurrency Glossary

Last November, Genesis suspended redemptions, withdrawals and new loan originations. The company’s influence has spread to cryptocurrency exchange Gemini, which provided the yield service “Gemini Earn” through Genesis.
Relation : Genesis Capital suspends reimbursement and loan origination services
In last week’s announcement, Genesis explained that it has 100,000 creditors, estimated liabilities of between 130 billion yen ($1 billion) and 1.3 trillion yen ($10 billion), and a similar amount of assets. At that time, he also explained that he had about 19.5 billion yen ($150 million) in cash, but in this document, in addition to cash, digital assets were worth 65 billion yen ($500 million) and stocks were 495. It said it held the equivalent of 100 million yen ($380 million).
nhttps://imgs.coinpost-ext.com/uploads/2023/01/genesis-more-problems-640x336.png -->