2 days ago Blogs and more CoinCodeCap 140 Print this Page 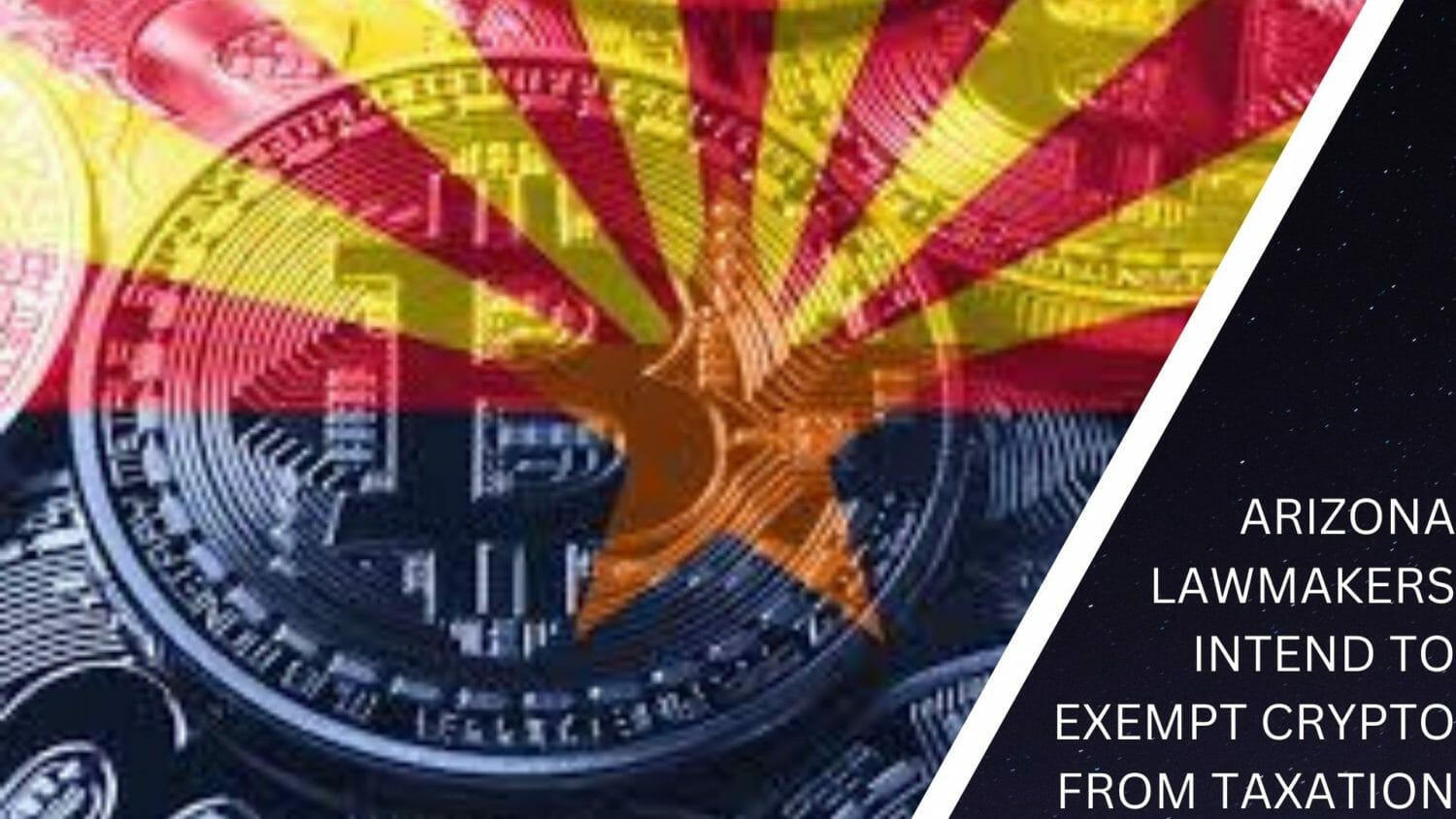 
Arizona voters might decide whether the cryptocurrency is tax-exempt in November 2024 if the bill passes the legislature.

SCR 1007 had two readings as a component of the state senate’s agenda on January 19 and 23.


Lawmakers in the Arizona State Senate are considering a bill to have voters decide whether virtual currency should be exempt from property taxation.

Senators Wendy Rogers, Sonny Borrelli, and Justine Wadsack suggested letting Arizonans vote on whether to change the state’s constitution to include a provision regarding property taxes in legislation submitted in the inaugural session of the Arizona State Senate in 2023. Voters could decide to exempt virtual money, namely tokens that do not reflect the US dollar or a foreign currency, from taxes in November 2024 if the legislature approves the legislation.

All federal, state, county, and municipal property is exempt from taxes in Arizona under the state’s constitution, as are many household items, specific stockpiles of raw or finished materials, unassembled parts, works in progress, and finished commodities. More than 4 million registered voters participated in the general election in November 2022, according to data from the Arizona Secretary of State, with the state leaning slightly Republican.

On January 19 and 23, SCR 1007 underwent two readings as part of the state Senate’s agenda. Lawmakers had proposed legislation relating to cryptocurrency and taxes in past sessions, such as a 2018 bill that would have allowed people to pay their taxes in cryptocurrency but was rejected by the governor at the time, Doug Ducey.

In the 2022 Senate’s second regular session, Rogers introduced a measure comparable to SCR 1007. Although Rogers, Borrelli, and Wadsack, all Republicans, have dismissed or questioned the fair and lawful election of some state and federal representatives, the pending amendment would face a different political environment than that of 2018 or even 2022.

In the 2022 midterm elections, Democrat Katie Hobbs narrowly defeated Republican Kari Lake to win the Arizona governor’s office. The election included a large turnout, and both candidates campaigned vigorously across the state.

Sales and purchases of cryptocurrencies in the United States are typically subject to federal capital gains taxes. The governor of Colorado, Jared Polis, has proposed legislation allowing residents to pay taxes in cryptocurrency, and lawmakers in Alaska, Florida, New Hampshire, Texas, Washington , and Wyoming have proposed legislation that would exempt potential investors from paying capital gains taxes.