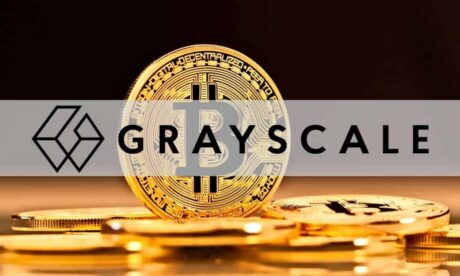 After what has been two weeks of an incredible rally for the price of Ethereum, the digital asset seems to be running out of steam. ETH’s price has now declined once more below $1,600 after a sharp downturn on Tuesday. The culprit for this seems to be growing FUD across the community. FUD Could Have Been The Trigger According to Santiment, the social dominance of Ethereum grew rapidly in the last couple of days. While this can sometimes be a good thing, it tells a negative story this time around. Ethereum is now dominating 21% of cryptocurrency discussion on social media and the on-chain data aggregator says this might be evidence that FUD might be behind the dip. However, this may not be the only reason. Related Reading: Money Leaves ADA, SOL To Small Cap Altcoins, Here’s Where It’s Headed A report from Bitcoinist had previously shown that profit-taking in large assets such as Bitcoin and Ethereum had been ramping up with the increase in price. Santiment also highlights this in its post, pointing to the spike in the profit-taking ratio on January 20. Taking this in concert with the growing FUD, it presents a recipe for disaster for the digital asset. ETH social dominance indicates FUD | Source: Santiment Another prominent event was the Wormhole attacker started moving the stolen funds around. On Monday, the attacker moved over $155 million in ETH to OpenOcean which they proceeded to exchange for staked ETH tokens such as stETH and wstETH. The dumping of these coins on the open market saw sell pressure mount on ETH during this time. It contributed to the already declining momentum, resulting in the current dip in the price. Can Ethereum Recover From Here? Despite the recent decline, the overall sentiment for Ethereum is still skewing largely toward buy. This is because the cryptocurrency is still trading well above its 50-day and 100-day moving averages. And even with the decline, it continues to trend around its 200-day moving average. Related Reading: Crypto Analyst Says Bitcoin Price Could See Another 30% Rally What this shows is that, at least in the short to mid-term, there is still a lot of bullish sentiment surrounding the digital asset. Add in the ample support that has built up around $1,500 over the last couple of days and Ethereum is still presenting as a formidable choice of investment. ETH price falls below $1,600 | Source: ETHUSD on TradingView.com Investors are also seeing good profits during this time with 57% of all holders in profit. Figures like these also help to push a bullish narrative for the digital asset as more investors try to take advantage of the dip and move into the green. Overall, as long as ETH maintains its momentum and trading volume continues rising, it’ll retest the $1,600 resistance once more.  ETH’s price is changing hands at $1,555 at the time of this writing. Its price is down 5.27% in the last 24 hours but trading volume is up 11.91% over the same time period to be sitting at $9.32 billion. Follow Best Owie on Twitter for market insights, updates, and the occasional funny tweet… Featured image from Bitcoinist, chart from TradingView.com